Tom Hansen and Paul Dodge and others who have asked me about my feelings on the Gubernatorial Debate, this one is for you! Sorry it has taken so long to respond but I am still trying to make sure our fellow Tax Referendum friends are allowed to vote. I have given up on the Lt. Governor’s office trying to see what the issue is! Everyone needs to make sure they are registered to vote, don’t take anything for granted. If you have any issues, contact your County Clerk. In a later column, I will review all the procedures that are happening with this years mail only Primary Election.

The candidate that had the most to gain in the debate was Thomas Wright. He came to the debate prepared and stoic. Last in the polls, he needed to distinguish himself from the others because many people have watched his humorous ads but he lacks the name recognition of the others. Overall he was successful but with the way this election has had to be held with the events of the Covid-19 virus and the legislature changing the election rules, he like many other first-time candidates are facing an up-hill battle. He probably got some traction to get the attention of the others. They will all want him to withdraw and swing his supporters to them. He says that he is in for the duration but the others are mighty persuasive and could use someone like Thomas Wright on their team. June 30 is fast approaching. Everyone always hopes that the underdog champions, but I need to remind you this is Utah politics.

There is no doubt that Greg Hughes is a Trump man all the way. He focused on that but we all know it so he could have expounded more on his other ideas. He dove the point home that destroying businesses was not the way to revive the economy and we needed people to be allowed to go to work immediately. Followed by Huntsman stating that we didn’t need the color code that was given, we need cash to stimulate the economy. They all made their point that the State’s Covid-19 plan was devastating, destructive and unnecessary as it was implemented. It was not a good night for Spencer Cox.

Huntsman was the most aggressive and polished. you would expect that from a man who has served as ambassador to Russia and China. He as the only candidate who used the word “leadership” and that caught my attention. I have been screaming that what this state needs is leadership and a plan to move us forward without a tax and spend mentality. This brought back memories when Huntsman was Governor and Hughes was in the legislature and they slashed the food tax which was controversial at the time.

I felt that Spencer Cox tried to come across as the good old farm boy next door. His composure wasn’t what we have been led to believe these last 6 years. As a farm girl I guess I expected a more relaxed down-home warm atmosphere from him. He eagerly responded to the other three candidates going after him about the handling of the Covid-19. He replied but it seemed to get him nervous and even a little surprised that the virus wouldn’t be a topic. Not a good night for Spencer Cox!

Now the one thing that puzzled me. The Legislature was called into Special Session to vote on an important tax bill that could not wait until the January Session because Tax Reform was SO important. Yet not one question surfaced as to how they were going to change the tax codes! I can tell you I am going to support the candidate who will listen to us come January! I know which had the guts to sign the referendum, those who didn’t and why. We are watch-dogging them now to make sure We The People have a voice in the important tax decisions they will make.

I have been asked so many times who I am going to vote for. Well I believe that each person should research each candidate but sharing of ideas is always good. The Utah 2020 Project have got all the candidates interviewed and are getting them ready for public release when the mail ballots go out. People can review the videos before making their final selection. I will let you on in a little secret, we have begged, pleaded and cried to have the candidates answer our questionnaire at www.utah2020project.com and for some”strange” reason they are not doing so…the first one that has the guts and fortitude to do so will probably have my endorsement! The Bill was repealed so there is no more excuses!

By the way all candidates are encouraged to go to www.utah2020project and fill out the questionnaire and we will put your platform up on the website and social media at no cost. Everyone is encouraged to share and let’s get the best candidates in office. 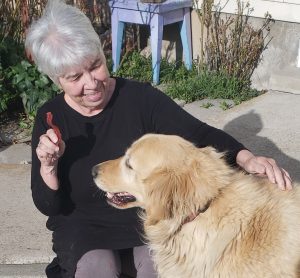